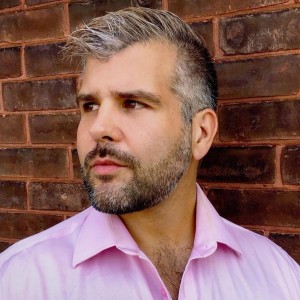 I built my first home when I was 23 years old. I’ll be honest and tell you I wasn’t much of a carpenter back then and I didn’t have much of a budget, either. The year was 1983, I had been training with my father in-law for a couple years and while my skills were improving, needless to say; it was a huge undertaking.

I only had about $600, but my young family needed a home. And I was determined to build it. We had inherited some land from my father in a small community called Little Ireland, just east of Bancroft, Ontario. I knew the area well, it was where I had grown up and the 66 acres I inherited used to be, for the most part, potato fields.

So how does a young man of only 23 years build his first home for $600 you ask? Well with a lot of help, a little luck and dash of good fortune you could say. Not far from where we wanted to build, Forest View lodge on Elephant lake was advertising a small cottage for $600, the catch however; was that you had to remove it from the property. When I saw this, I knew it was for me.

My wife and I drove out to look at it and when I saw this quaint 24X24 foot cabin I felt like it was perfect. The question was, how am I going to move it? So I got to the laborious task and began to take it apart…. and I’m not proud to admit it but we used chainsaws.

Now as a young man, at the time I didn’t have a lot of options so, while I knew it wasn’t the most ideal way to take down a home and certainly not the most precise – you gotta do what ya gotta do, as they say. To be honest, looking back, I’m surprised how well the whole project went. We cut it down, loaded it onto a flat bed trailer and hauled it off to Little Ireland and erected it on temporary blocks until I could afford to put a basement under it the following year. (Backwards I know, but like I said, you gotta do what ya gotta do)

The next summer I had saved enough money to put a basement under the house. So we jacked the house up using hydraulic jacks and old rail ties and poured a foundation, and started laying blocks. Once the the blocks were set we let the house down onto the cement block walls and viola – we had a basement. I just cut a hole in the floor and built some stairs using spruce. Now if you know anything about stairs, you know that spruce isn’t the best thing to use. Sure its great for the first several years but because its a softwood it tends to wear quickly. But it was what I had at the time and so I made due.

Years went by and I kept telling myself, “Geez I really should build new stairs…” and then before you know it a decade has passed, life as a contractor keeps you working on everyone else’s home while neglecting your own. My good friend, who’s a mechanic, joked one day and said it’s the same for mechanics, we work on some of the nicest cars but sometimes just drive our own car right into the ground.

What’s funnier is that I have literally remodeled the entire house, every time passing over the stairs and putting it off till “tomorrow”. It’s not that I have an aversion to building stairs, if im being honest I’d brag that I’m actually quite good at it, but it was just one of those things that seemed to get put off … until this past winter.

Now you might laugh here because I’m going to tell you what I used for material. Yes, it’s true, most carpenters and architects insist on using hardwoods like oak to build stairs. What you likely don’t know is that even the oak stairs in your own home are structurally held together by spruce and other softwoods, and its just a facing of oak that you see. Which makes a lot of sense since, structurally speaking, spruce and other engineered products does the job just fine.

However I have always had an affinity towards pine with its long and wide grains, and naturally knotty character. So, you guessed it, I build these new stairs out of pine. It’s true I will have to redo them again in a couple decades, which if I’m being perfectly realistic will turn into several decades but I know my wife and I will very much enjoy this new and very fine addition to our home.

If you’re looking to have stairs built in your home, be it from oak, maple, or cedar, be sure to give us a call.

® All Rights Reserved. Managed and Powered by Center Stage Social