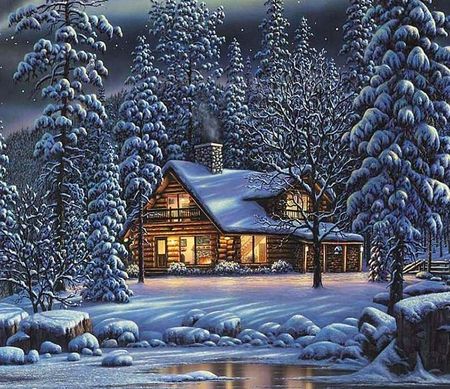 If you’re like many people today in the Bancroft or Hastings Highlands area, you’re thinking of converting the summer cottage into a four-season home. But naturally you want to preserve the interior wooden wall finishes. Often there is paper covered insulation in the existing 2×4 wall frames, but the concern is that there’s usually no vapour barrier on the warm side of the walls.

You’re not alone. There are a lot of people aiming to turn their cottages into 4 season homes. As a larger portion of the population heads into retirement, the cottage life is becoming more and more appealing. The challenge is, conversions like the one you have in mind aren’t simple. When we build a home here in the Hastings highlands, Bancroft or any surrounding area there are a significant number of cold-related construction details planned out in the beginning stages of construction. Decisions about foundations, wall-frame design and water systems. Upgrades are certainly possible, but many times they’re not ideal, nor are they easy.

When it comes to the existing insulation and vapour barriers, this is one area where compromise will be required. Although adding a vapour barrier on the warm side of any wall insulated with fiber-based insulation is standard practice, you naturally don’t want to remove all that great interior wood to make it happen. To preserve that wood and boost insulation values, you’ve got a couple of options. 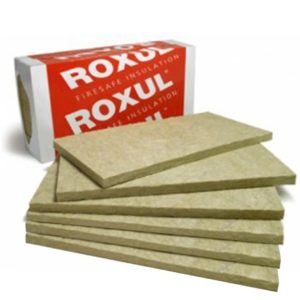 You could certainly add rigid foam insulation to the exterior walls before new siding goes on. We’ve added 2” of extruded polystyrene foam in applications like this and it’s worked well. Exterior insulation keeps your wall cavities warmer than they’d otherwise be in winter, so you’re reducing the chance of internal wall condensation because of your lack of vapour barrier. If you’re concerned about trapping moisture within your wall cavities because of impervious foam on the outside, you could opt for rigid sheets of breathable fiber insulation. That’s the green textured stuff you see here. My favourite right now is Rockwool Comfortboard.

Another option for insulating a cottage involves removing all exterior siding and sheathing, removing existing batt insulation, then replacing it with spray foam. This is a lot more work and expense, but you will certainly achieve the best results and humidity control.

If you do go for adding insulation on the outside, be sure to monitor indoor humidity levels during winter. If you’re successful in tightening up your cottage, install a heat recovery ventilator to improve air quality and keep humidity levels low. The lower the indoor humidity levelsare then its less likely damaging levels of condensation will occur in your walls due to a lack of vapour barrier. Levels lower than 45% relative humidity are what you’re aiming for.

The biggest challenge when converting any seasonal cottage to year-round use is making the water supply and waste water systems winter-proof. The last thing you want is to have your water supply stop or sewage to back up because pipes have frozen. That’s not a good way to spend the winters of your retirement. Watch the videos above to learn the tricks and details needed to get water and sewage systems working properly in the cottage country landscape.

2. Is your septic designed for winter use?

The truth is, depending when your home was built and the kind of terrain on which it sits, you may need to rethink your septic system. Most cottages in the Hastings Highlands or Bancroft area are situated on rocky lake shores and usually digging a septic deep enough for winter use wasn’t an affordable option. We recently worked on a cottage in Jamieson Lake near L’amble, Ontario that had exposed PVC drainage pipes leading to the septic holding tanks. Rethinking your septic system might be a big part of your plan when winterizing your cottage for all seasons.

You ca book a free site visit with one of our renovatio experts to discuss the viability of your existing septic system in regards to your  winterization plans.

3. What are your heating options?

It’s true that many of the cottages in the area surrounding Bancroft, Ontario do have some sort of heating option- and usually its a fireplace or wood stove that was intended to take the fall chill out of the air or early spring shivers. While fireplaces and wood stoves were the romantic option for heat at a cottage they are not the most efficient options and are intended for occasional use.

Wood heat is still a very common method of heating homes, the technology has improved significantly since your cottage was installed with that little wood stove in the corner. Often you will need to upgrade your old cottage stove to meet regulatory requirements and while you can expect to pay a higher insurance premium, today you can buy outdoor furnaces that will burn for 12 hours per refill and keep your home at an even comfortable temperature all winter long. 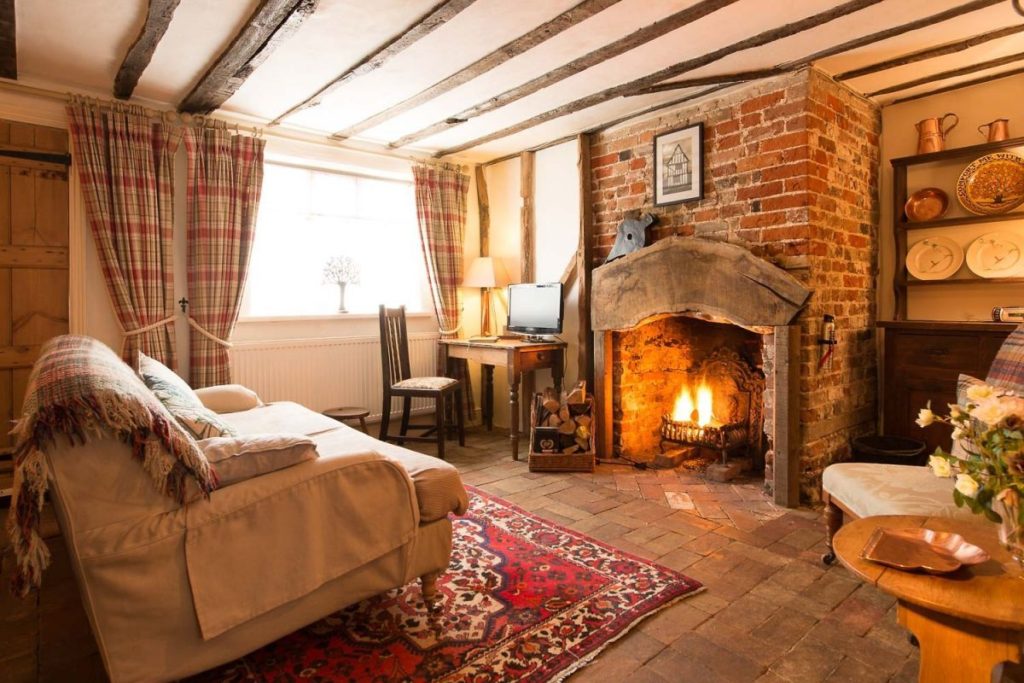 If you’re looking to retire in your cottage then wood probably isn’t the best option for you. Unfortunate due to the rural location of Bancroft, Ontario and surrounding areas, propane furnaces are your best option. You have a lot of reliable equipment available today that will generate the quality of heat you need for a home here in Bancroft and Hastings Highlands.

Some homes are still using electricity to stay warm but we only recommend this as a back up option and not a full time source for heat. Electricity delivery charges to the Bancroft and surrounding rural areas tend to be extremely expensive and can easily eat up a good portion of your seasonal budget.

4. Do you need to upgrade your electrical service?

Depending on the age of your cottage your existing electrical service may require an upgrade.

The main electrical service delivered to your cottage from Hydro One has a total available capacity, measured in amps, or amperes. Most modern cottages have an electrical service of between 100 to 200 amps. Amperage is a measurement of the volume of electricity flowing “through” wires, and this measurement can vary between 30 amps in very old cottages that have not been updated, to as much as 400 amps in a very large cottages with electrical appliances and extensive backup electrical heating systems.

Where an electrical service was installed before the early 1960s and has not been renovated or updated, it may use a different style of power distribution—a fuse panel which protects individual circuits with screw-in or cartridge fuses.

The use of fuse panels and circuit breaker panels for residential wiring follows a historical pattern:

How to tell what amperage your cottage has:

5. Can you get the proper permits?

Some cottage renos may be considered new constructions and will probably fall under new building codes that weren’t in place when the cottage was first built. Bringing your cottage up to code may result in unexpected expenses to meet these standards.

Understanding what kinds of renovations will require permits can be a daunting task but fortunately Bancroft, Haliburton, and the general Hastings Highlands has some of the best inspectors in Ontario. The best part about working with local small town renovation contractors is that they often have easy access to communicate informally with building inspectors.

Not every project will get a green light, though, and before investing a lot of time in planning you should contact us to help you through this process and set up the proper inspections. 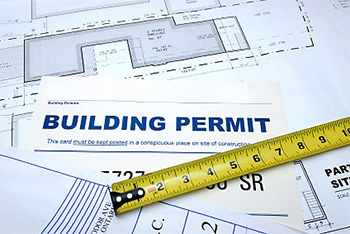 6. What will be your return on investment? 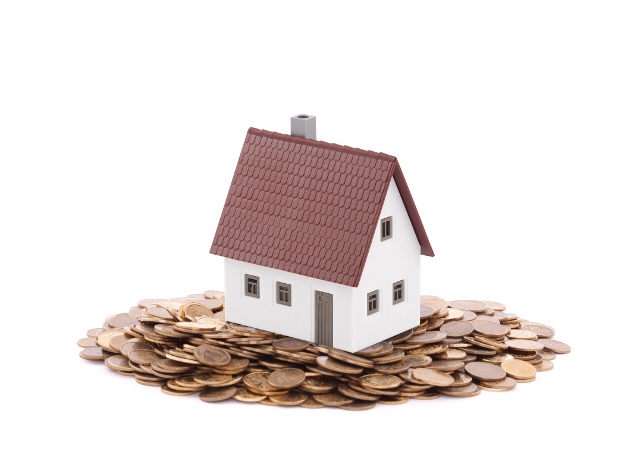 Homes and cottages are among the most significant investments you will make in your lifetime. Protecting that investment is always a top concern. As property values rise and populations age, renovations and upgrades are always a good idea to better your investment.

But even though renovations can be a positive return on investment you do need to do your homework and see what kinds of renovations will have greater value than others.

Fortunately winterizing a property has a very significant impact on property values. But of course it will also have an impact on your taxation. Be sure to crunch your numbers and find out what factors effect the bottom line for resale.

7. Do you have the right talent managing the project?

Here at My Next Home Reno we have successfully completed many Cottage Renovations in the Bancroft and Hastings Highland area. We have a great track record and excellent local references from cottagers and home owners just like you.

Protect your investment with professional contractors who have the experience and acumen to deliver your project on time, on budget and within provincial building code guidelines.

Want to learn more about how My Next Home Reno builds your quote? Get samples of our contracts, quote formats and payment schedules by clicking here for more info.

Not sure if you’re ready to winterize your Hastings/Renfrew county Cottage? That’s ok, its free to start a conversation and explore your options. Click below to start a quote and book a site visit.

® All Rights Reserved. Managed and Powered by Center Stage Social